home News “Being an engineer tomorrow in Europe”: a productive day of exchanges 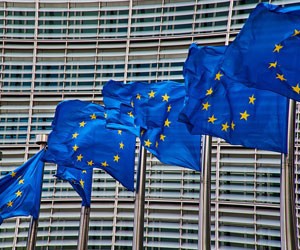 “Being an engineer tomorrow in Europe”: a productive day of exchanges

04/04/2022
On 24 January 2022, CDEFI organised the European convention “Being an engineer tomorrow in Europe” at the maison de l’Océan, Paris and online, as part of the French Presidency of the Council of the European Union (FPEU).

The bilingual (French-English) event has been followed by about 60 in-person participants and 150 remotely.

When opening the conference, Jacques Fayolle, President of CDEFI, reminded the importance to use the FPEU as a lever to promote French engineering education, especially to reflect Europe-wide upon basic courses in Engineering and the feasibility of a European Engineering Degree, and to discuss on the evolution of needs to adapt trainings and build a sustainable, resilient, digital and responsible future in Europe. In this context, CDEFI have released before the event a series of propositions for the FPEU.

After the intervention of Pauline Ravinet, Policy Officer within the B1 Higher Education Unit of the European Commission, on the opportunities of the new “Higher Education Package” for engineering schools, the conference went on with the first round table: “From the engineering degree in Europe to the European Engineering Degree?”. This conference was hosted by Christian Lerminiaux with foreign universities deans and active engineers as speakers. Discussions focused on how to develop Engineering skills and courses in a coordinated way within Europe.

After lunch break, the second part of the convention was dedicated to “The engineers as a trusted third party for a sustainable future in Europe”. Two experts took turns: Dimitris Deniozos, consultant and member of the EURAXESS Advisory Board, on training and research in global value chains, followed by Irina Gouzevitch, researcher at the EHESS, who gave a socio-historical overview of engineering as a profession in Europe in the 18th and 19th centuries.
Then, the afternoon went on with a second round table: “Economic recovery, sovereignty and major societal challenges in Europe: what engineers do companies need today and tomorrow?”. It was hosted by Sarah Piovezan, journalist at AEF info, with socio-economical players speaking.

The second half of the afternoon focused on students’ expectations and involvement for a more sustainable and responsible Europe, with the interventions of Antonio Bikas, President of BEST (Board of European Students of Technology) and Simon Buoro, who recently graduated from INSA Toulouse. Eventually, a last round table dealt with adapting engineering education to these expectations and to the labour market.

Jacques Fayolle finally concluded by highlighting engineers’ precious skills and the necessity that European partners continue to work together in the long run to make European engineers major models and players of Europe tomorrow.

The complete report of the convention can be found here.